I’m sure you’ve seen the logo before but have you ever thought about what it means? 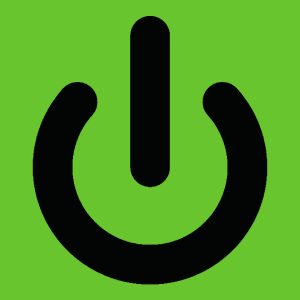 There is a little button that we have all come to be familiar with.  It is on most of the devices that we own.

So what does it mean? Where did it come from? Why is it so universal?

According to The International Organization of Standardization, the logo indicates that the button or switch has the ability to put the device in a standby mode which does not fully remove the device from a power circuit but rather let it use just enough power to detect if the button is pressed again and the device “turns on” again.

Now you can win any gameshow or game of trivia that specifically asks this question…and that is about the only functional use of this information.  If you like this “E1337” (ELEET) fact, make sure to stay tuned to our website and social media (Facebook & Twitter) channels to get more content like this.

About the Author: Joseph G.

Joe started working at E1337Tech when he was 16. He worked and trained alongside some of the company's best and brightest. His current roles include: Senior Technician, Webmaster, and Social Media Manager